Our day started with a morning tour of Pompeii. The 40-minute bus ride took us along the edge of a mountain, providing us with a beautiful view of Sorrento and the ocean beyond. When we arrived at Pompeii, we were not only greeted with more mountain scenery but also impressive rows of partially-built structures and stone roads. 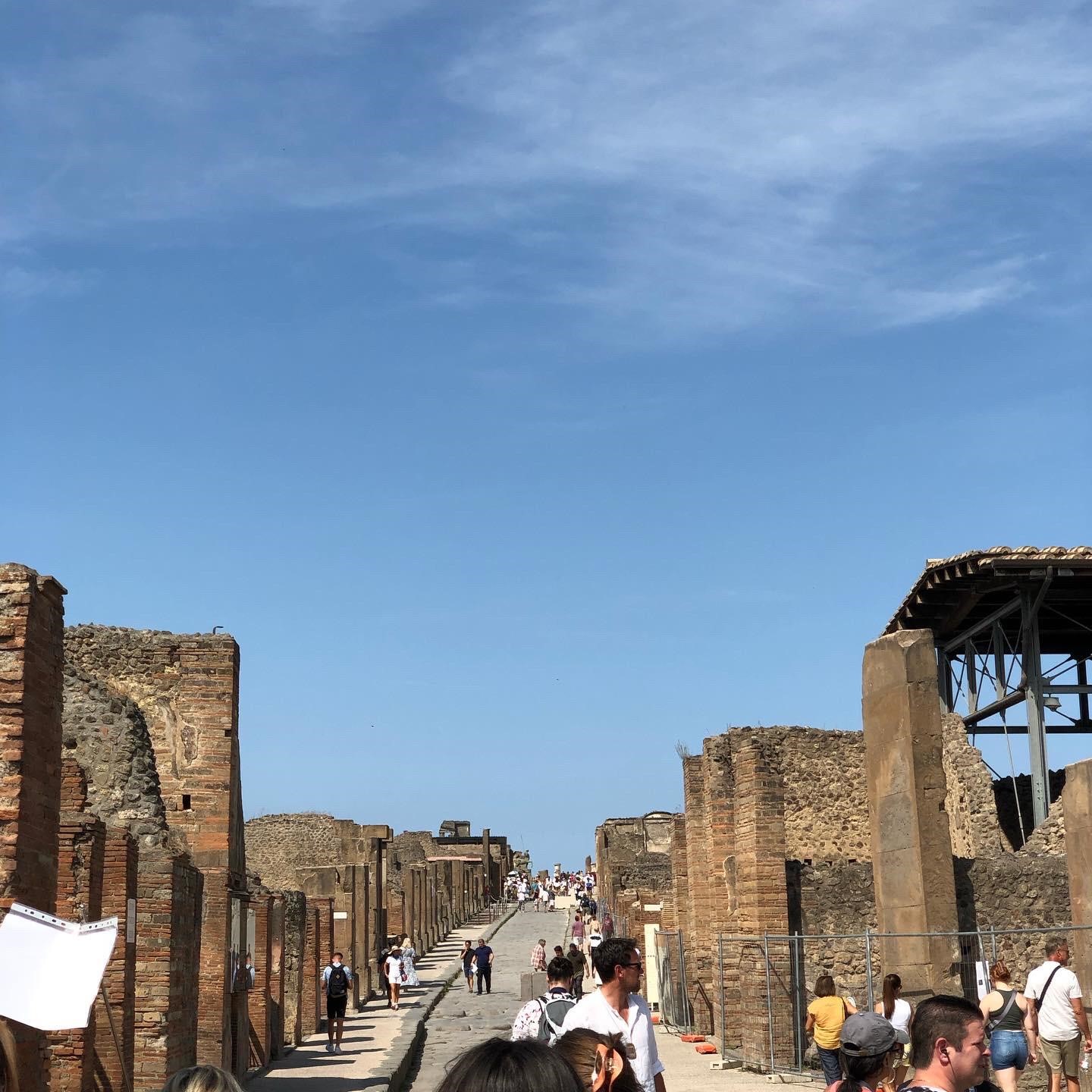 Our tour guide talked about Pompeii’s history and discussed the functions of the various structures, such as how the presence of a groove at a building’s entrance indicated whether the building was used residentially or commercially. It was interesting how Pompeii’s architecture revealed clues about its social customs. Something that stood out to me was that lower-class people tended to live on the upper stories of buildings because the lower stories were safer from earthquakes and therefore reserved for higher-class people. It was also fascinating to learn about the construction of the streets: stone tiles on the roads were peppered with original pieces of marble; according to our tour guide, those pieces of marble were intended to light up the streets at night by reflecting moonlight. Although it was a lot of walking, the tour was a highly educational experience that yielded a plethora of interesting insights for us to take away. 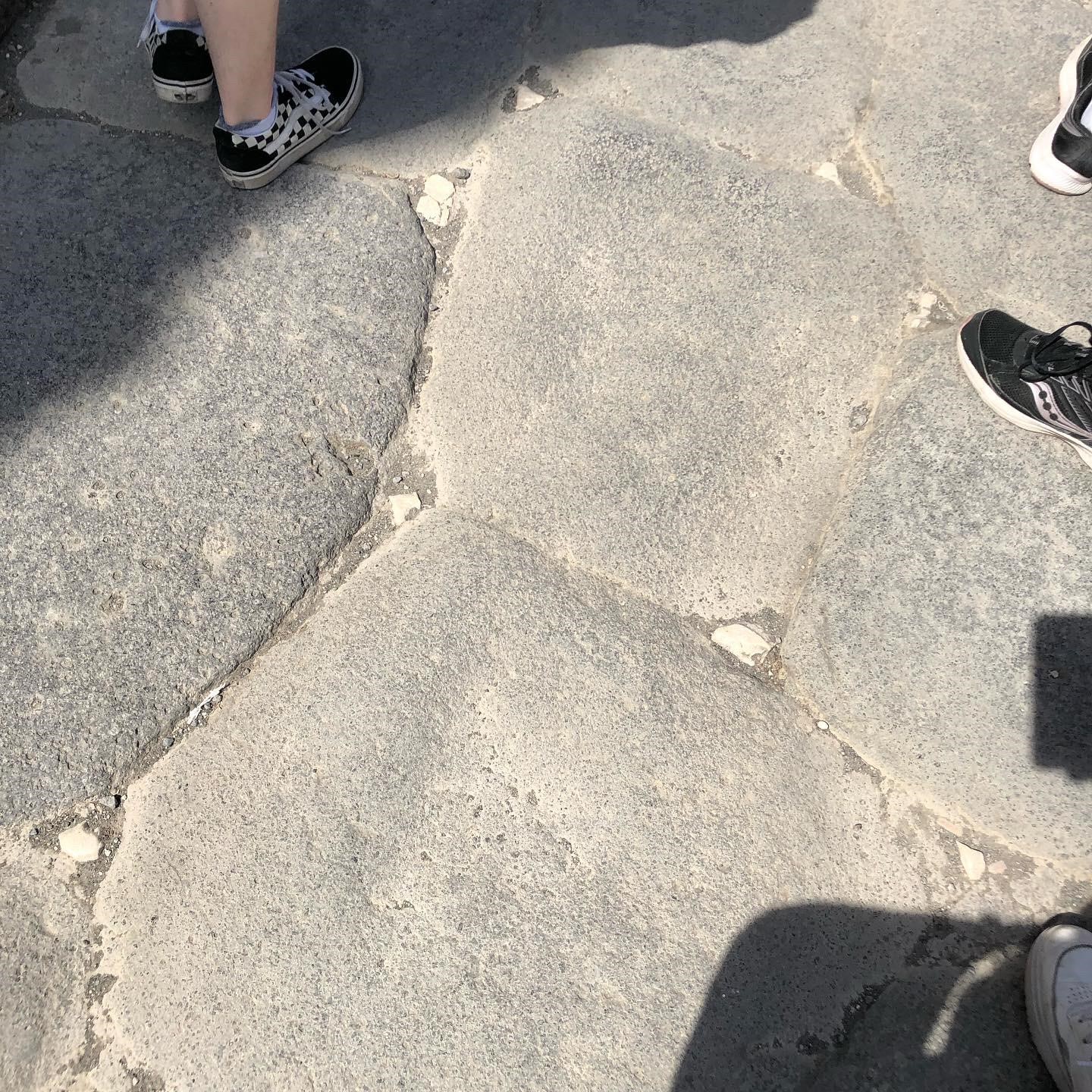 After the tour, we were sent back to the hotel and directed to take a nap (“mandatory nap time”, as our chaperones called it). I don’t know how many of us followed through on that instruction, but we nonetheless used the time to rest and prepare for our evening concert at Ravello. The bus ride to Ravello took over an hour but rewarded us with more stunning scenery. 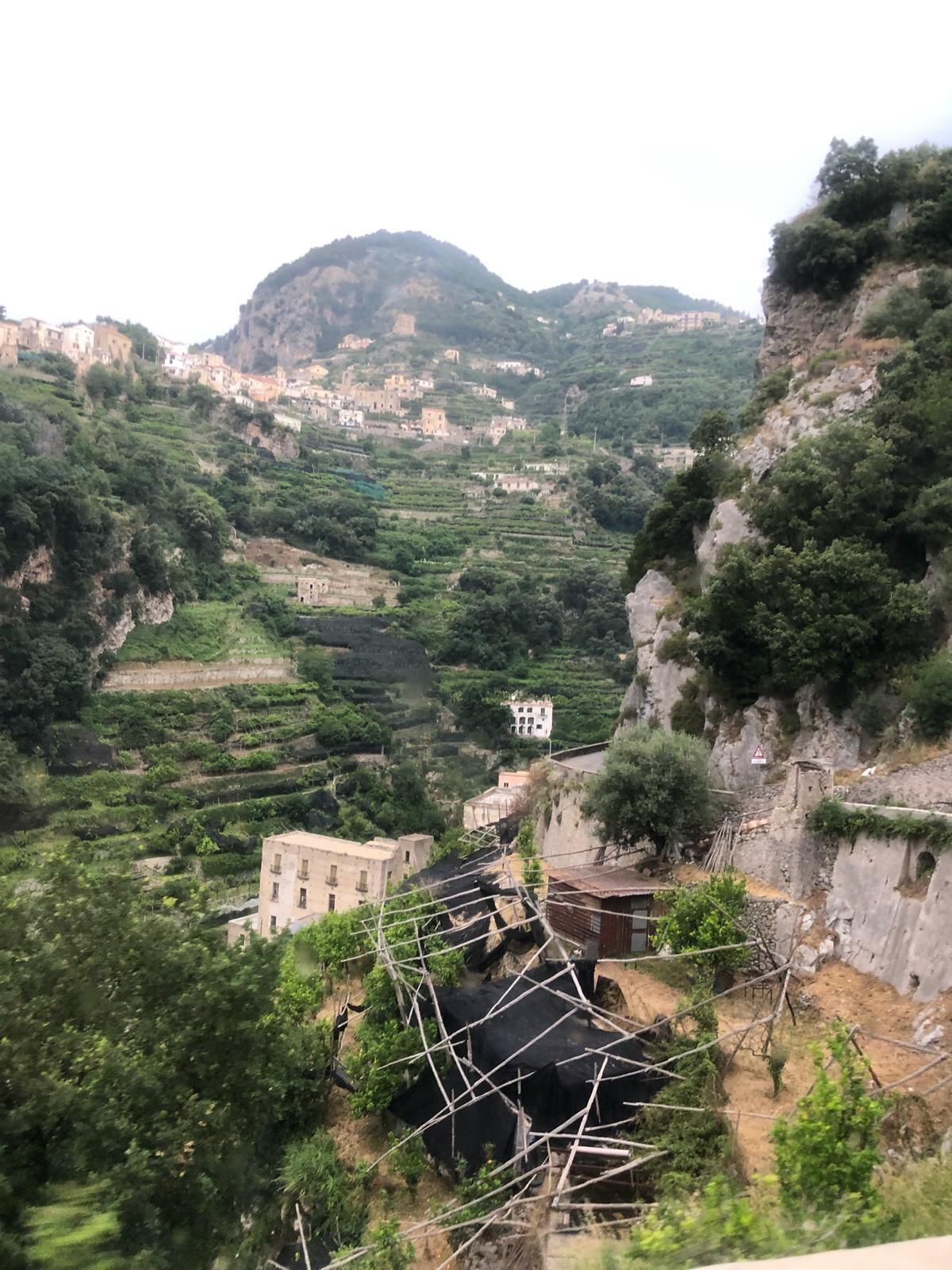 The roads on the mountains were extremely narrow; every time a car approached our bus from the opposite direction, both vehicles would have to slow down to a crawl in order to make room for each other. Sometimes, our bus driver would honk the horn to announce our presence to the other cars.

Our pre-concert rehearsal flew by quickly; we rehearsed the most important spots in our music before enjoying dinner on a terrace outside the concert hall. The view from the concert hall was breathtaking, featuring the red-roofed buildings of Ravello below us and the vast ocean beyond. Combined with the light drizzle and pleasant breeze, dinner was filled with excitement, conversations, and lots of photo-taking. 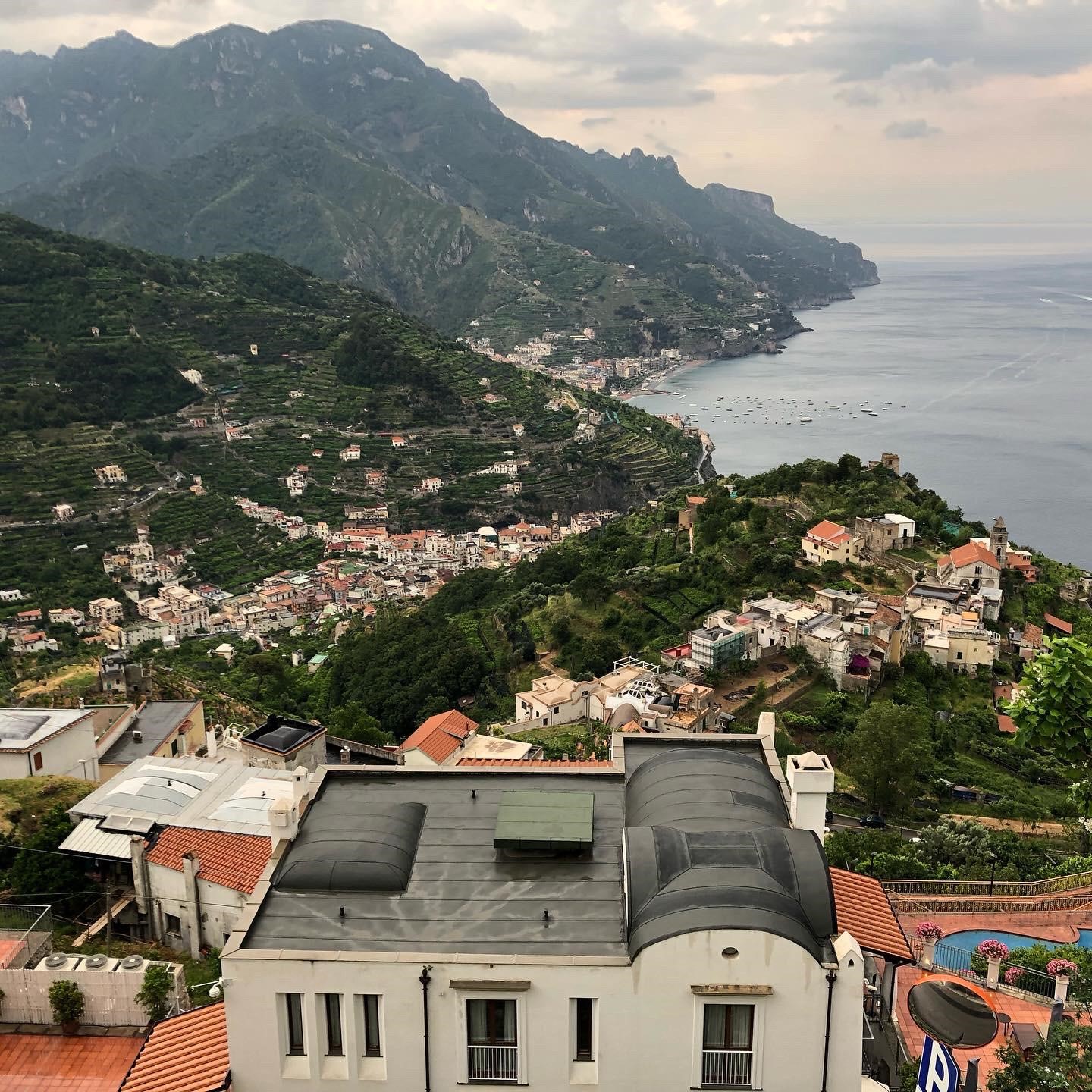 We opened our concert with Aaron Copland’s Buckaroo Holiday and Antonio Vivaldi’s Concerto in D Minor for Two Oboes, featuring soloists Izaiah Cheeran and Kalina Lee, as well as Maestro on the harpsichord and select string players (including me!). Then, we performed the entirety of Dmitri Shostakovich’s Symphony No. 5. The audience loved the symphony so much that they clapped after the first movement and gave us a standing ovation at the very end. I counted over a hundred audience members at our concert; from the loud applause and cheers, they clearly enjoyed our performance very much. Maestro was presented with a lemon plate, and we concluded the evening with our encore, Mascagni’s Intermezzo Sinfonico from Cavalleria Rusticana. Our first concert was a success, and I’m looking forward to doing even better at our next one. 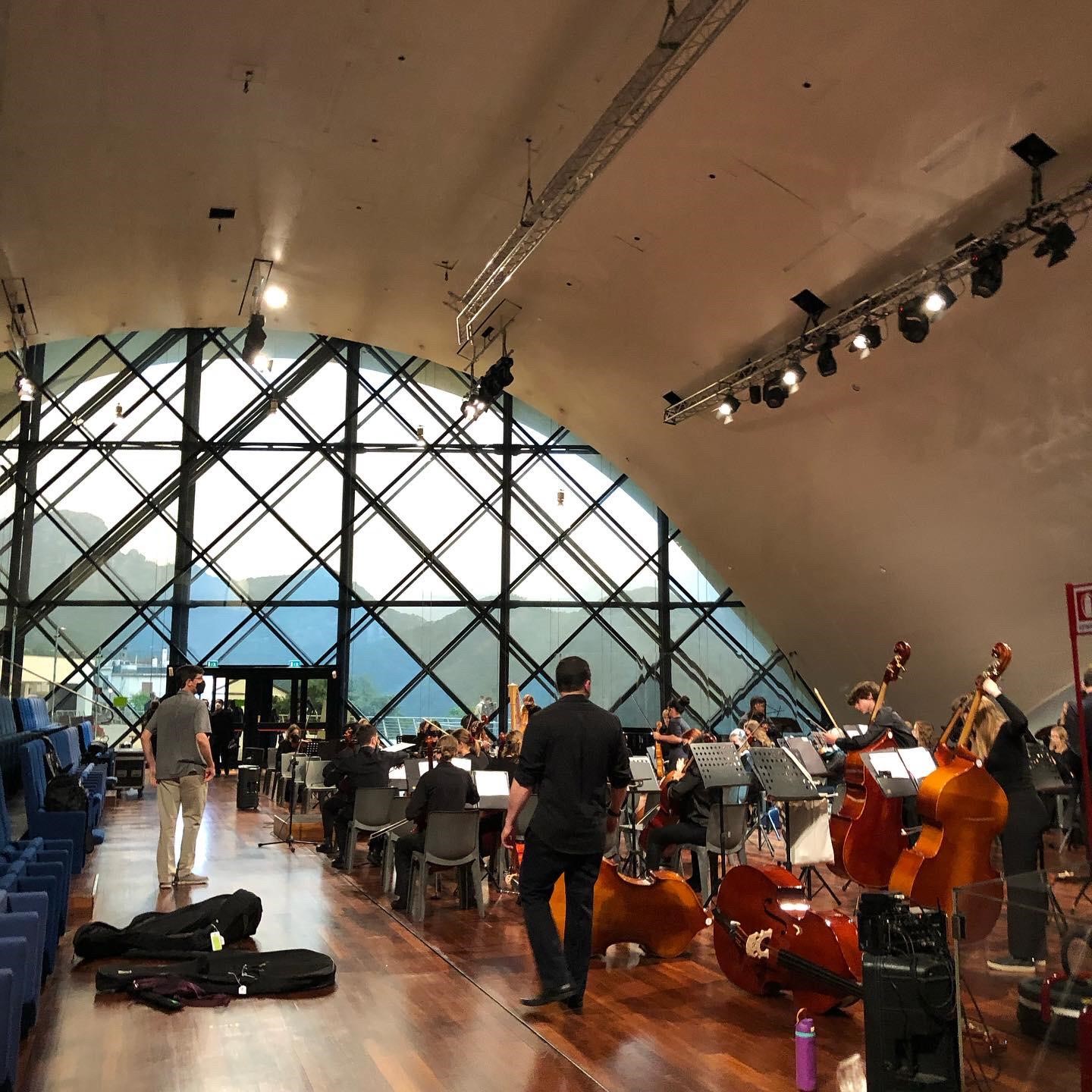 Most of us were very tired after the concert, but we still had enough energy to admire the sparkling city lights of Sorrento at night as we made our way down the mountain. It was past midnight when we arrived at our hotel; combined with a 2:45am wake-up call and 3:15am departure for the airport, it will be a short and sleepless night for many — I will definitely be needing a cappuccino or two when we arrive at our next stop: Catania!