Touring empowers students with musical, social, and cultural opportunities that will shape their lives for years to come.

Renowned for our rich touring history, GTCYS’ biennial international tours for Symphony were reinstated in June 2014 when 78 students toured Spain and performed by invitation at the Granada International Festival of Music and Dance. Since then, GTCYS students have benefited from successful and exciting tours every other year.

The experiential learning aspects of touring empower students with musical, social, and cultural opportunities that will shape their lives for years to come.

In June 2022, GTCYS’ flagship orchestra, Symphony, embarked on a much-anticipated concert tour to Sorrento, the Amalfi Coast, Sicily, and Rome, performing repertoire such as Vivaldi’s Concerto for 2 Oboes in D Minor, Copland’s Buckaroo Holiday from Rodeo, and Shostakovich’s Symphony No. 5. The tour provided unparalleled opportunities, including collaborations with the Palermo Conservatory of Music and the Santa Cecilia National Academy of Music. Cultural experiences, including visits to Pompeii, the Island of Capri, the Roman Forum, and the Sistine Chapel, deepened students’ global perspective. Click here for the itinerary, and check out Symphony’s performance of Shostakovich’s Symphony No. 5 at the Teatro Antica di Taormina in Sicily! This performance was taken from Symphony’s full opening concert of the 2022 Taormina Art Festival. 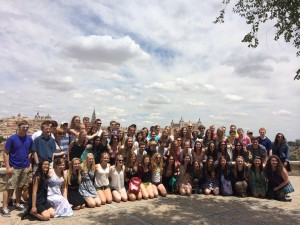 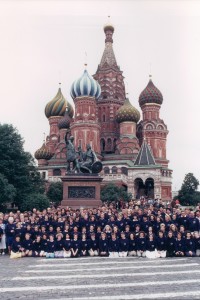