Each year, GTCYS conductor Dan Mollick and Concertino students collaborate with professional artists to explore cultures outside of the traditional classical music world. This year, Mariachi mi Tierra joined Concertino for a several-months-long residency imparting knowledge about mariachi style music and inspiring through their artistry. Their collaborative work paid off in a thrilling concert last Saturday. Playing to a full house at Church of St. Matthew on St. Paul’s West Side, Concertino and Mariachi Mi Tierra wowed the audience with individual performances before ending with a combined performance. 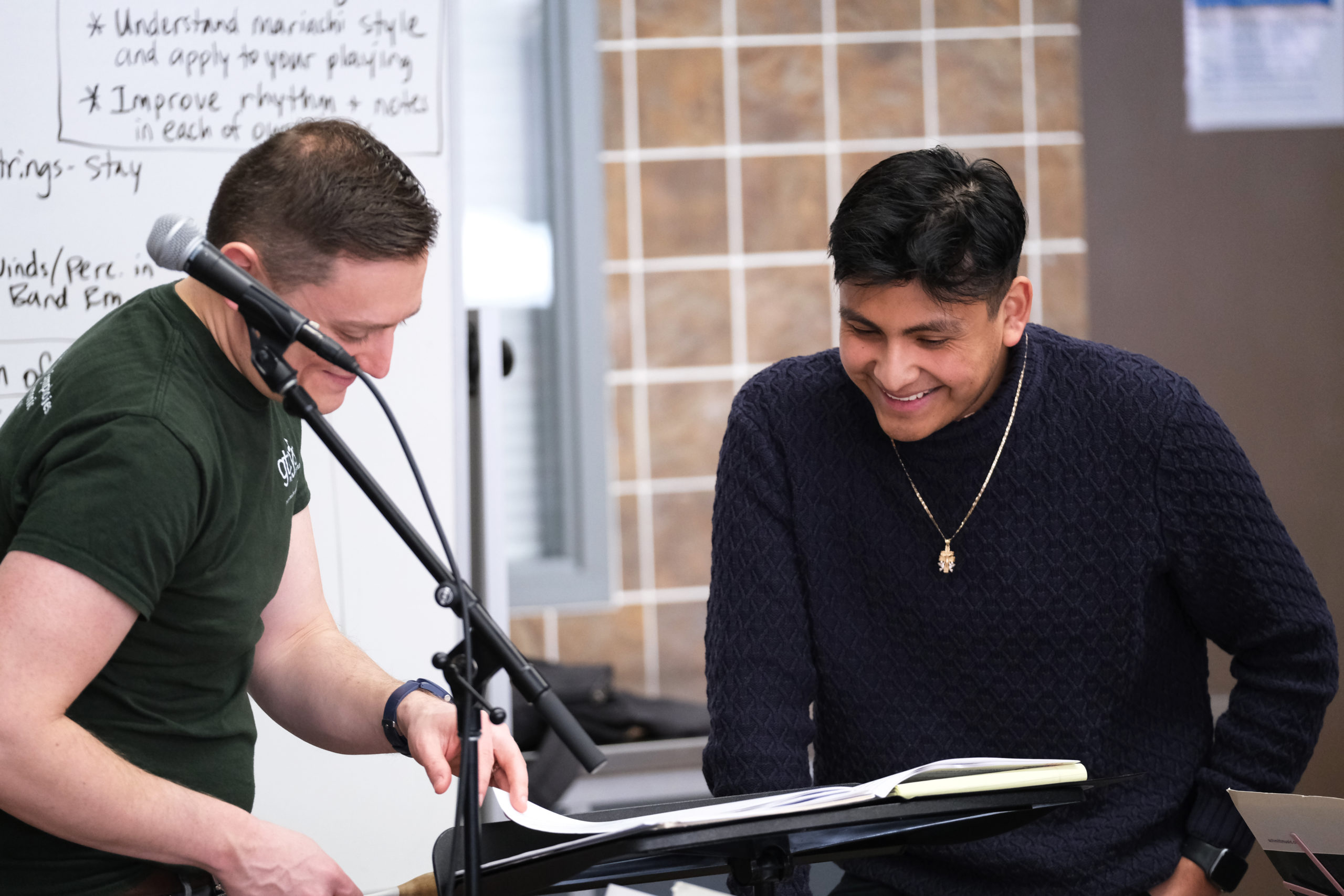 Dan: What is the history of Mariachi Mi Tierra?

Eduardo: Mariachi Mi Tierra was founded in the mid-2000s by my dad, the first trumpet player. Since then, we’ve been striving to improve and to be better overall. We’re making new music, new inventions, and adding new members to the band. We’re always trying to get better, and continuing to learn songs fast.

Dan: Can you describe the instruments in a Mariachi ensemble?

Eduardo: The Mariachi ensemble is the only ensemble that requires the vihuela and the bass (guitarrón mexicano). These two instruments are our rhythm section. There’s no other ensemble in the world that uses them, except Mariachi. If you go to a festival or a party and they say they have Mariachi and they don’t have a vihuela and a bass, it’s not really Mariachi. The rest of the instrumentation is pretty straightforward. We have trumpets, violins, and vocal singers. And as you’ve seen, we don’t play with music. Everything is by memory, by ear, and we communicate with eye signals.

Dan: Can you give some context to the two songs we’re about to perform together?

Eduardo: “El Periquito” is a song written by one of our friends. He was a musician who moved out of state. The song talks about how he was walking down the street and saw a little bird. The bird was chirping, and our friend brought it home. The piece reflects that chirping style of a bird. “Cielito Lindo” is a song that I don’t need to explain, because I bet everyone in the room knows it. We want you to sing along!

Watch a clip of “Cielito Lindo” below, featuring Concertino and Mariachi Mi Tierra