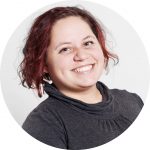 Olivia Quintanilla is a Twin Cities based cellist, composer and teacher. Quintanilla’s musical activity as a modern cellist allows her to explore her own musicianship and virtuosity by going outside the box of the traditional concepts of acoustic cello playing. Quintanilla graduated from Lawrence University in 2012 with a Bachelor of Music in Cello Performance. While at Lawrence University, she studied Classical cello solo repertoire, chamber music and Jazz improv and theory, playing in genres ranging from 21st Century to Baroque, 12 bar blues to Avant Garde improvisation.  Since moving to Minneapolis in August of 2012, Quintanilla has been a part of many musical endeavors, including her primary project Useful Jenkins, a contemporary acoustic band with a foundation rooted in bluegrass that readily taps into other genres such as folk, rock and hip hop. She has been a private music teacher of cello, violin, composition, improvisation and theory in Minneapolis since 2014 ranging from all ages and an emphasis on beginner to intermediate levels.