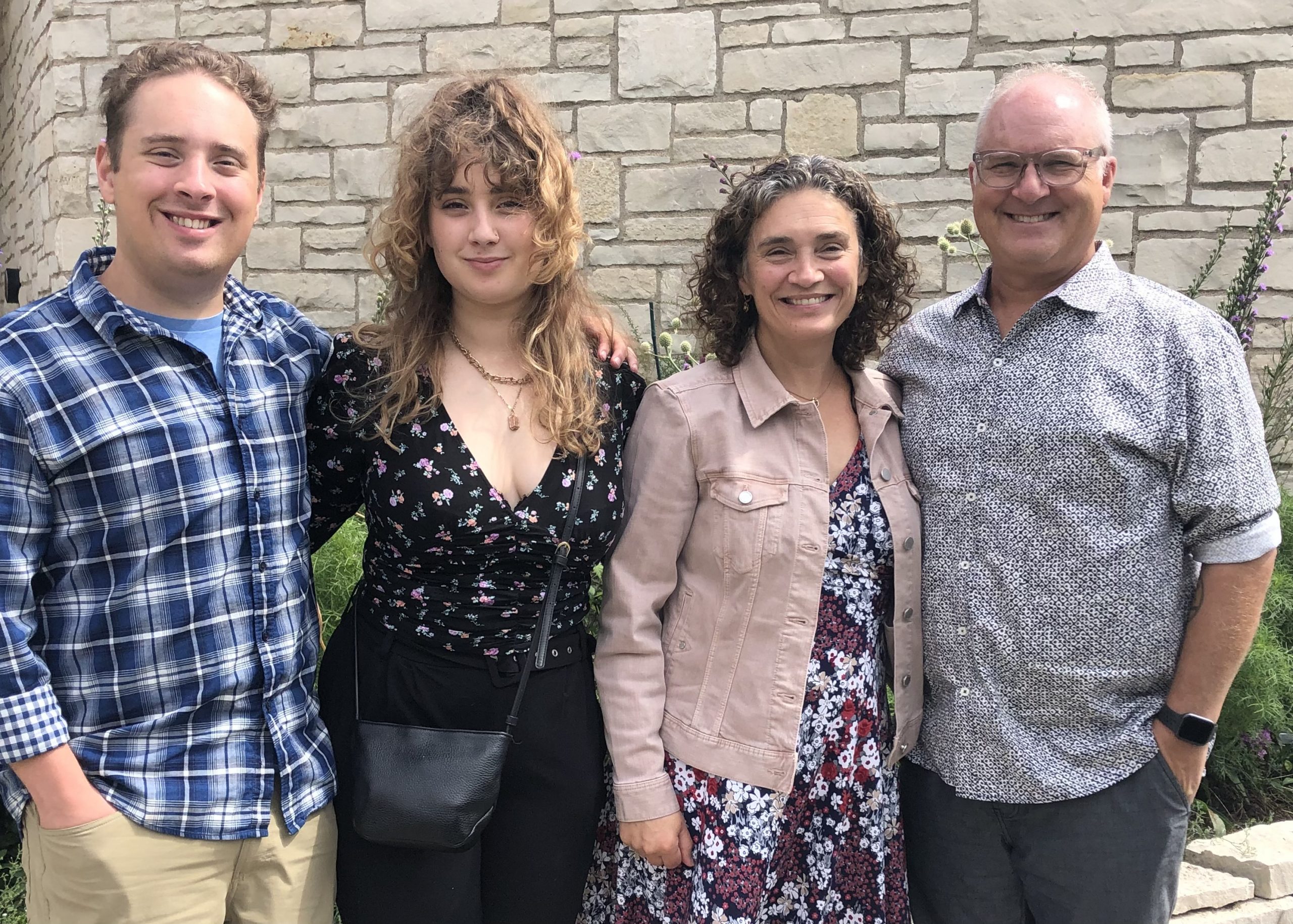 Andrew Eklund (horn) and Allison Fabyanske Eklund (flute) played in GTCYS orchestras for years before first meeting as high school seniors in Symphony in 1986. They had traveled to Costa Rica on the fall 1985 international tour but did not become acquainted until their families were alphabetically seated together at the GTCYS senior banquet in the spring.

Andrew and Allison both attended and played music at St. Olaf College. They were married in 1991. They have two children, Jonas (clarinet) and Loren (violin), who both played in GTCYS orchestras.

Andrew is the Founder and CEO of Ciceron, a digital ad agency in Minneapolis. He collects guitars, follows the band Phish whenever possible, and has continued to support GTCYS with service on the board of directors.

Allison is the owner of Eklund Law, PC, a solo law practice including a focus on nonprofit consulting. She plays mandolin and solo flute in the Minnesota Mandolin Orchestra and co-founded RAS Orchestra Foundation, a nonprofit dedicated to providing private music lesson scholarships for disadvantaged students in Roseville Area Schools.

Jonas graduated with a major in Natural Resources from Northland College in 2020 and lives in Ashland, Wisconsin.

Loren is entering her senior year at the University of Minnesota Twin Cities as an anthropology major. She has played in the UMN Symphony Orchestra and continues to play chamber music in groups with GTCYS alumni. She hopes someday to start a nonprofit dedicated to providing small-ensemble music education and performance opportunities to disadvantaged youth.