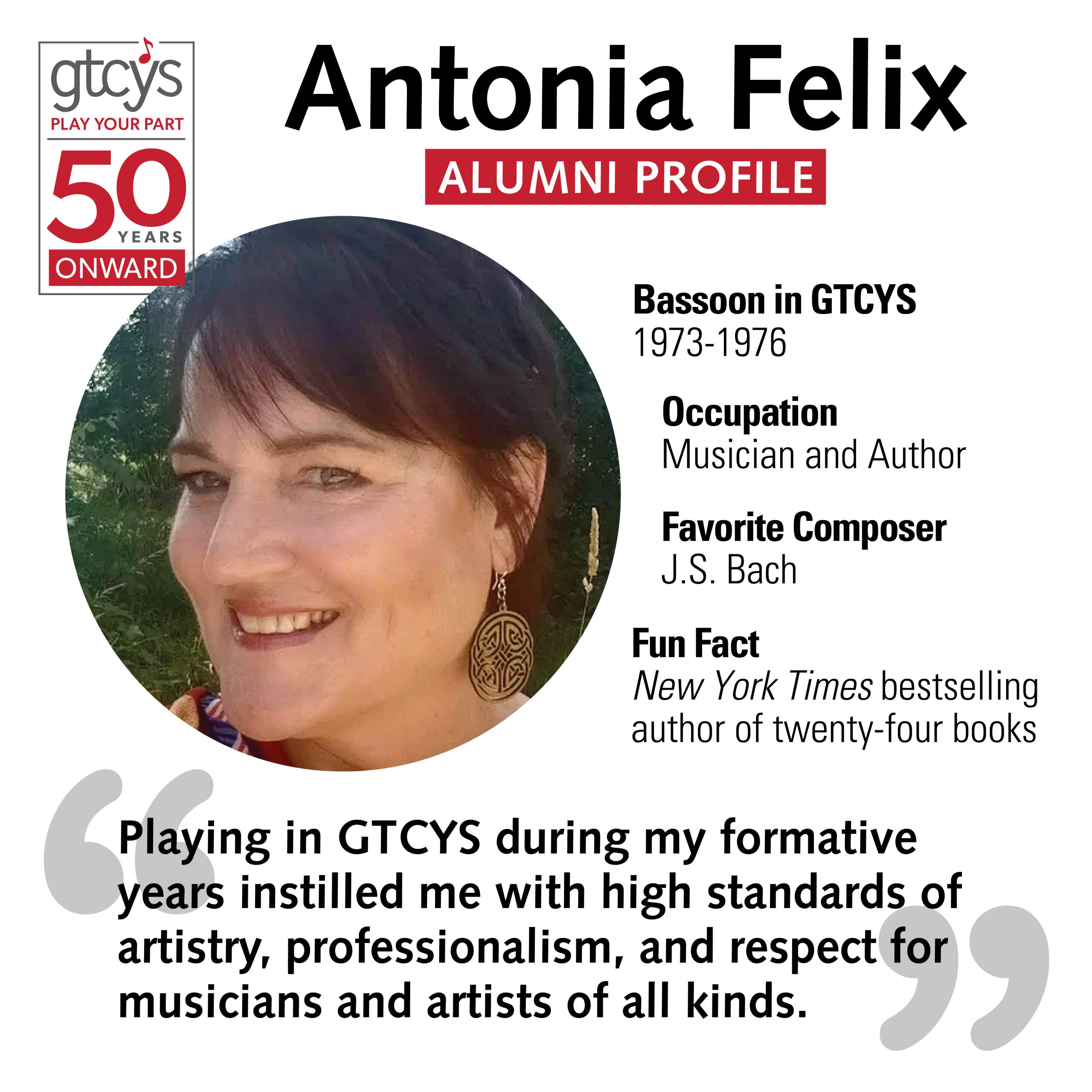 What years were you in GTCYS?
I believe my first year in GTCYS was 1973, and I remained in the symphony through my senior year until graduating from Shakopee Senior High in 1976. My musical studies began in the sixth grade with bassoon lessons at school and self-study on piano after my parents hauled home a massive dusty upright piano that they found in a deserted barn outside Chaska. I studied bassoon with Lester Davis, my amazing GTCYS symphony conductor Bill Jones, and finally John Miller.

What skills or lessons did you learn in GTCYS that you still use today?
Where do I begin to describe the impact GTCYS had on me? This gets personal, but the opportunity to immerse myself in orchestra played a big part in my emotional survival as a young person. Things weren’t great at home, and music was my lifeline, the source of my self-esteem and feeling of self-worth. The professionalism and high expectations of the GTCYS experience challenged me and brought out my best. Studying bassoon privately and playing in the orchestra was the center of my life. I also studied voice throughout those years and continued doing so at the University of Wisconsin-Madison while studying bassoon with Bill Lottridge and playing in the chamber orchestra under Madame Comet. After college I felt I needed to make a choice between voice and bassoon, and I chose voice because it was more difficult and involved acting. My years playing in GTCYS gave me a broad exposure to classical styles that instilled in me, I believe, an advanced musicality as a singer. Once you’ve played Mahler sitting in the middle of an orchestra, singing his art songs takes on a whole new dimension.

I wouldn’t have had the same measure of confidence as a singer (or composer) had I not been nurtured as a serious musician in GTCYS. Even though I have not performed since my last recital in Minneapolis a few years ago and life has taken me down a surprising road as a writer, I will always consider myself a musician first. GTCYS has everything to do with that.

Why do you think GTCYS is important for students now?
I believe GTCYS can be a life-changing experience for students because it was exactly that for me. Playing in the symphony during my formative years instilled me with high standards of artistry, professionalism, and respect for musicians and artists of all kinds. As with any type of art, the more you understand the work that goes into it, the more you appreciate and admire the talent, perseverance, and commitment of artists. Over the decades I’ve seen our culture continue to reinvent itself, but the one constant has been a new generation, one after another, dedicated to classical music, dance, or the fine arts. This visible fact keeps reminding us of the best human beings can do. While we make a lot of problems for each other and the planet, we are also capable of creating indescribable beauty. That beautiful, abiding constant is a deep source of my hope.

How does music still play a part in your life?
After I moved to NYC, I launched a singing career that included recitals, concerts, and opera. I didn’t make the Met or City Opera, but as a lyric soprano I created many of my own opportunities and booked recitals and concerts in Paris, Moscow, Prague, and other cities. I also composed music for voice and a variety of instruments, such as a soprano solo with percussion which I was commissioned to write and perform by a dance company in Boston, and a solo with organ that was performed at a Bach festival in NYC.

My writing career came out of left field after getting a day job in publishing in New York City, where my husband and I had moved to pursue our singing careers. After many years away, I came back to Minnesota in 2011. As a writer I have 24 nonfiction books, a novel, short fiction, and a play to my credit, as well as several ghostwritten titles. Some of my books have been national bestsellers, and La Divina, my play about opera legend Maria Callas, was produced at the Cowles Center for Dance and the Performing Arts in Minneapolis in 2015. Since grad school, I’ve taught creative writing and other subjects at Hamline University and elsewhere. In the past few years, Shakopee Senior High enlisted me into its “Alumni Hall of Fame,” as did Normandale Community College, where I spent my freshman year before heading to the University of Wisconsin-Madison as a performance major on bassoon.

What’s a fun fact about yourself?
My husband and I like to make wacky videos for each other, and one of my characters is a loony named Angela Jean who gives advice for traveling on a budget.

What do you hope to see from GTCYS in the next 50 years?
To continue doing everything right, just as they do, especially the every-other-year international touring for Symphony. Travel is one of the most educational and transformative experiences youth can enjoy.